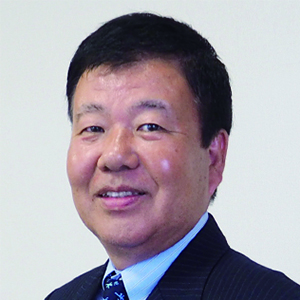 Mr. Nakayama is the Head of Trademarks and Designs of our firm. He is a distinguished trademark and unfair competition law practitioner, representing both foreign and Japanese corporate clients in the procurement and enforcement of intellectual property rights.

Mr. Nakayama is an invaluable member of SUGIMURA and brings with him a wealth of practical knowledge and experience regarding Japanese and international Trademark practice. His practice spans the entire spectrum of trademark protection from filing and prosecution to enforcement, arbitration and litigation. He has represented companies in a wide range of industries such as entertainment, electronics, cosmetics, pharmaceutical and apparel in the filing and prosecution of trademark applications, opposition and cancellation actions before the Japan Patent Office. He also represents clients before the Tokyo District Court, the Intellectual Property High Court, the Japan Intellectual Property Arbitration Center, and WIPO Arbitration and Mediation Center for trademark matters, including domain name disputes. Mr. Nakayama has extensive experience assisting companies in the enforcement of their trademark rights against counterfeits through Japanese Customs and the Japanese Police.

Notably, Mr. Nakayama has been named a leading lawyer as one of the world’s leading trademark professionals in Japan by World Trademark Review 1000 for four consecutive years since 2011. He has also been listed in Chambers Asia-Pacific, Chambers Global, Managing Intellectual Property and Legal 500 Asia Pacific.